I wasn’t sure I could handle a festival anymore. Forefront in my mind is the fact I like my sleep. And more importantly, I like my sleep in my bed. My ability to survive more than one night out in a row is also pretty low. Doesn’t bode well for partying for days with little chance of recovery sleeping on some form of uncomfortable sleeping arrangement amongst noisy surroundings. Hmm…

HOWEVER, after hearing lots of fabulous things about Shambala festival, I decided to suck it up and go, persuading this little (literally – we are all 5’1″) group of friends to join me… 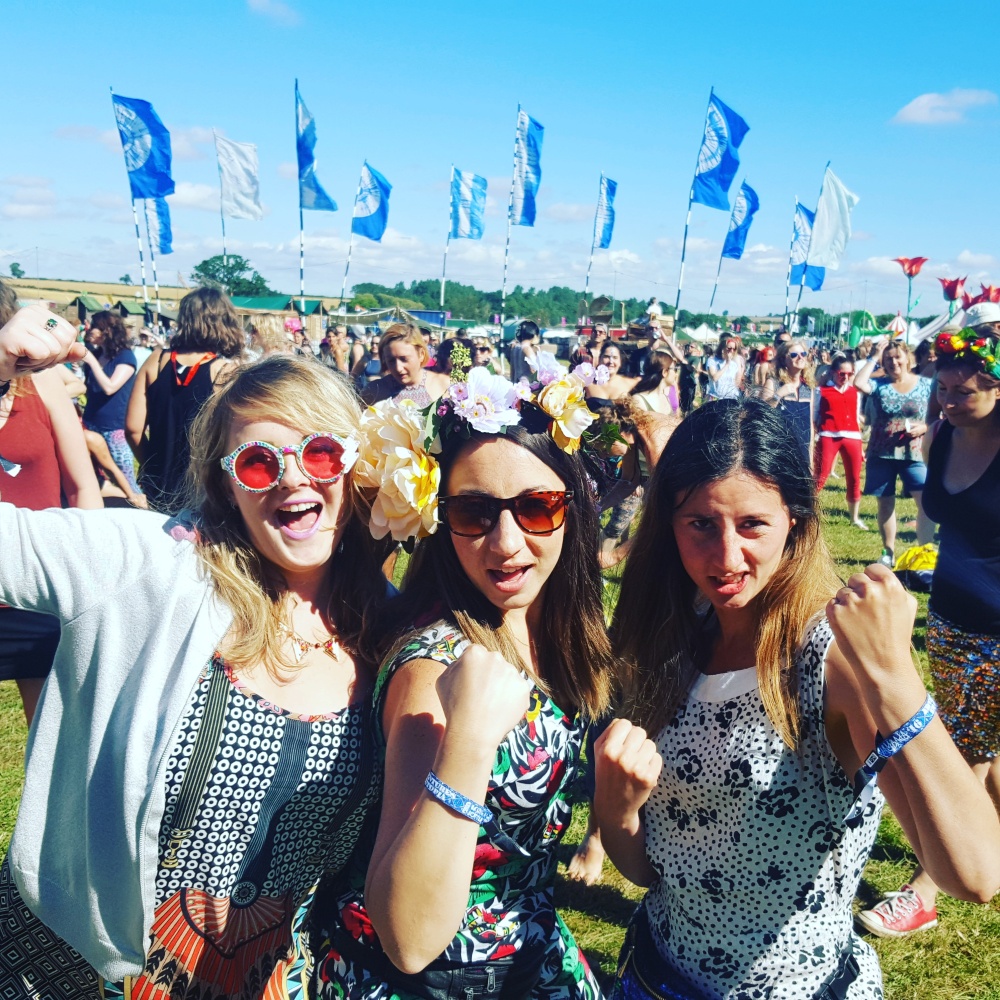 From arrival I was in love. The amount of glitter and colour adorning everybody made you want to immediately get changed from the ordinary everyday clothes and cover yourself in sparkles!

Impressively, the festival was meat free (except for insects..) As a meat lover this was a bit daunting; however, the variety of food on offer and delicious options meant meat was not missed at all. Couple of highlights included “Duck sushi” made with soya bean and the most epic vegan burritos made with jackfruit as an alternative to pulled pork. With the amount of vegan options on offer it also meant that I was no longer such an awkward eater with my dairy intolerance. 🙂

Unlike previous festivals I have been to, for me the focus of Shambala is not the music. Although dancing around to Sister Sledge was a bit of a highlight, my favourite thing was to just wander around finding random things to do and see! You can never be bored in Shambala as there is always a circus show to watch, a band to dance to, a womb to enter (more on that later) or a magical forest to explore.

Here are just a few of our many highlights: 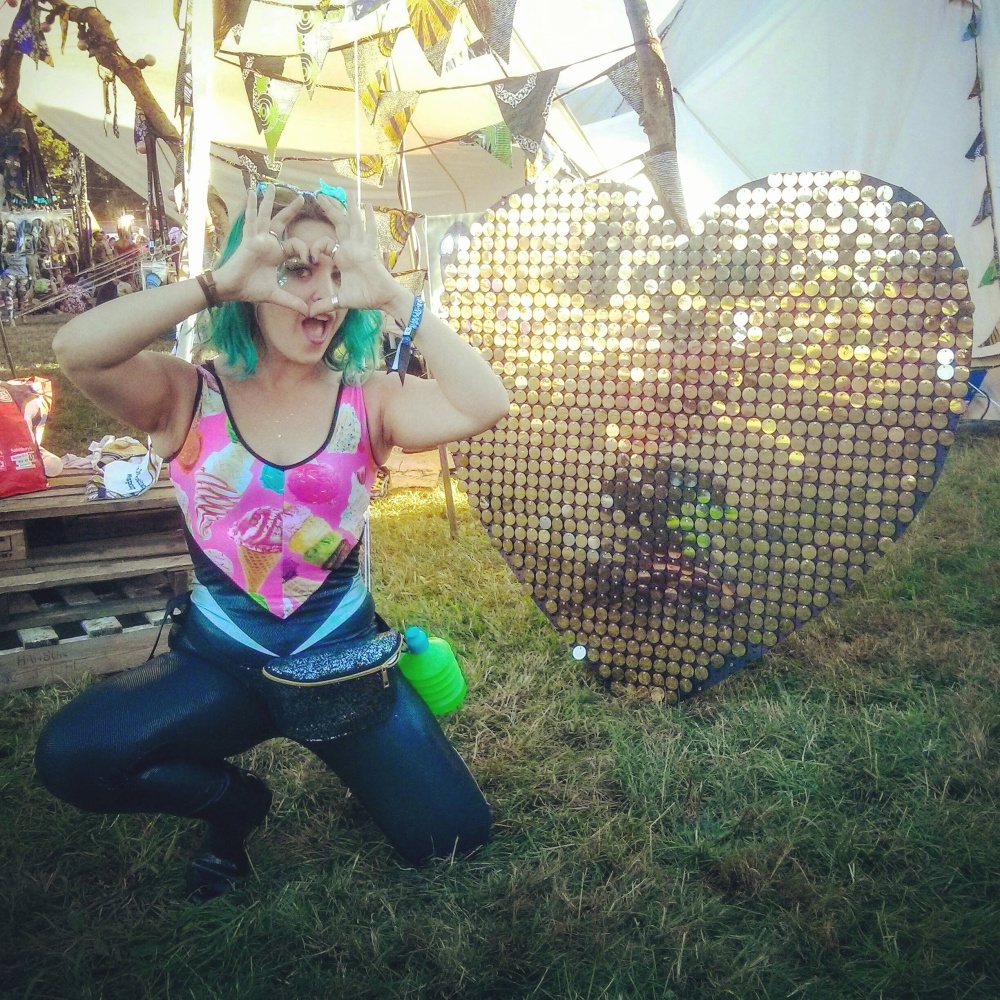 Dancing! During the festival you could get involved in a Prince Dance off, Bowie Ballet, Power Ballad Yoga to name a few. One of the best moments was happening upon an African dance class in one of the tents.

Living in Lycra! Thanks to an amazing birthday present from my brother, I now own a custom made catsuit from Burnt Soul clothing. They do some sort of magic with Lycra that makes you feel amazing. Recommend everyone owns one. Just be prepared to wee quickly as it can be quite a chilly experience (perhaps an over-share). 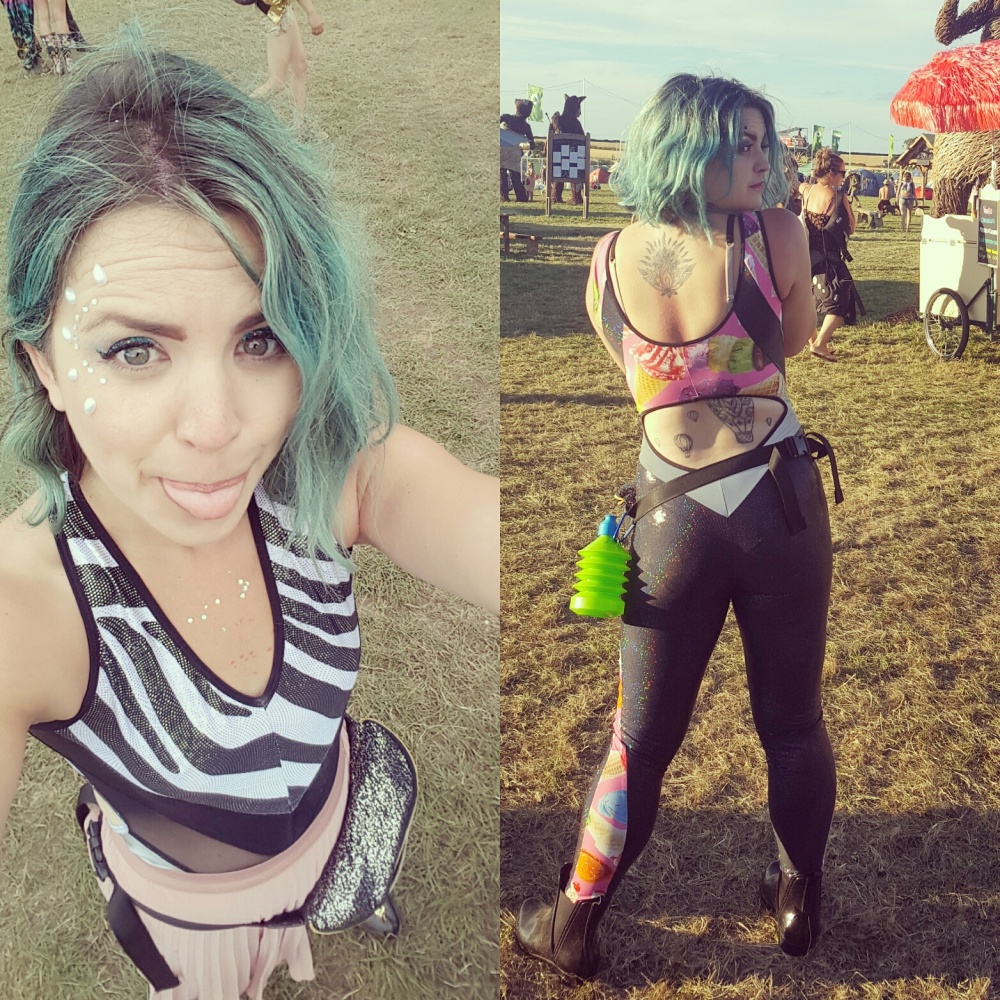 The people! Including our neighbour who joined us most mornings in a rather compromising surrong, entertaining us with stories of the previous eve and baffling us with the contrast with his everyday life as a biochemist. We also chatted to a guy who called himself “Dave the Rave” who was particularly proud of the fact that this was tattooed on his ankle, however he had “raved” off the R and the A.

Being reborn from a womb. It would ruin it if I explained this further, but let’s just say all the explanation they give you is that you are going in as an egg and will be reborn at the end….

Views from the ferris wheel. An opportunity to see the whole of the festival in all its magnificent beauty.

Exploring the forest. A magical area full of lights, music and art.

Think this may need to be an annual event from now on. Tempted to go next year? Keep an eye on their website and social media here: